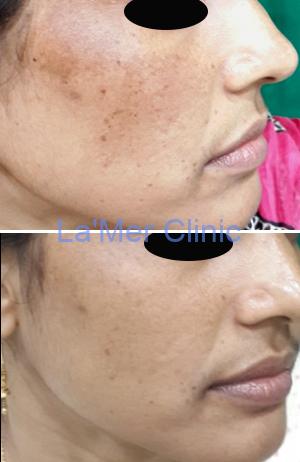 Pigmentation: Our Skin pigmentation is mainly due to a substance called melanin which is produced by cells called melanocytes. There are other factors responsible for our skin color as well, but the contribute fractionally, such as carotene and Hemoglobin.

Depends upon the cause. A woods Lamp examination is usually performed to determine the depth of pigmentation.

Treament can either be Medical treatment, Procedure-based or a combination of both.

The treatment for hyperpigmentation include the following:

The treatment for hypo & depigmentation depends

upon the cause and involves medical treatment